My first impression of Rome was chaotic but fascinating. During the first day I still wanted to go back to my beloved Firenze. After a few days I got in sync with the energy of this city and realized Rome brought me back to life.

But I had to keep moving south. To the birthplace of my grandfather. To one of the most intriguing places of all Italy: Sicily.

Rome is the most amazing city I have ever been in my life. I was blessed to see the big cities of New York, Los Angeles, London, Paris… But Rome. Ah… Rome is beyond all those.

Is not the beauty, I can say that there are many “beautiful” cities… Is not just the history, not just the ruins… Is the energy. Is the sensation of being at a city that ruled the world thousands of years ago. The birthplace of the biggest empire of all that left behind so much and its still alive today, more than ever.

I always say that the energy of a city introduces you to it before you can even see it…Well Rome’s energy is overwhelming. It is chaotic, it is passionate and so alive. 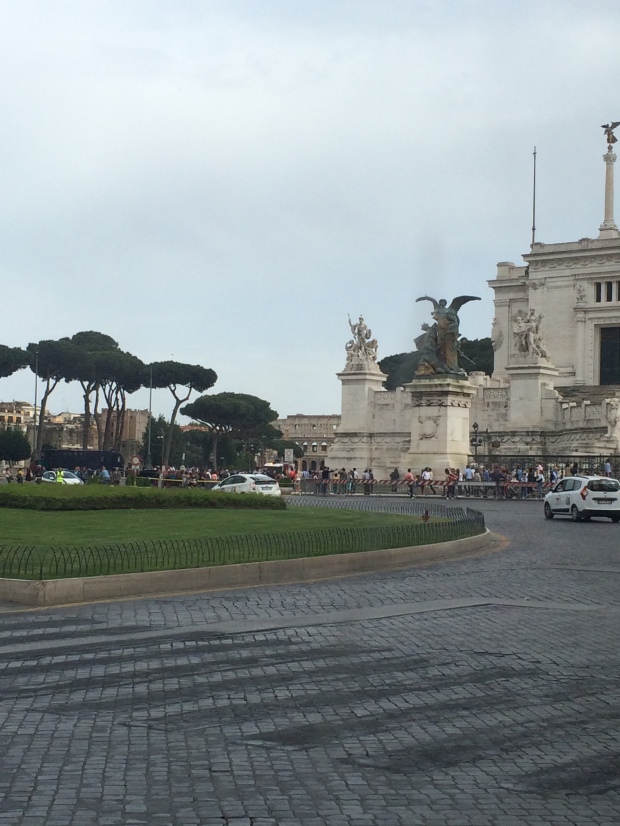 So it broke my heart to leave the place I love so much. But I know I will be back. Deep within my heart I know Rome is my place in the world.

I left for the train station Termini early in the rainy morning. Yes, Rome was crying for my departure too. 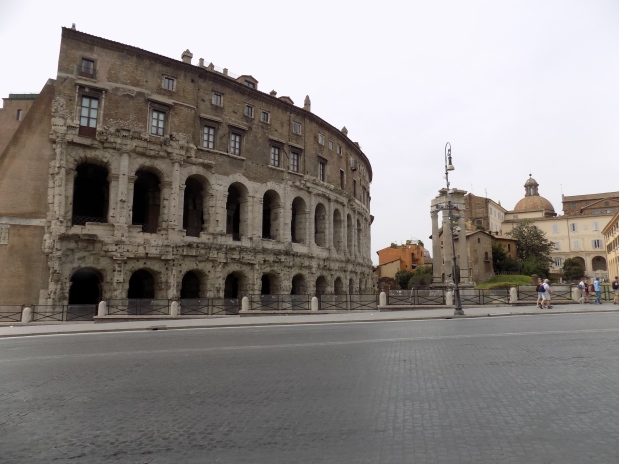 I took a train to Napoli, a city that I was just visiting because it was my obligated stop on my way to Sicily. 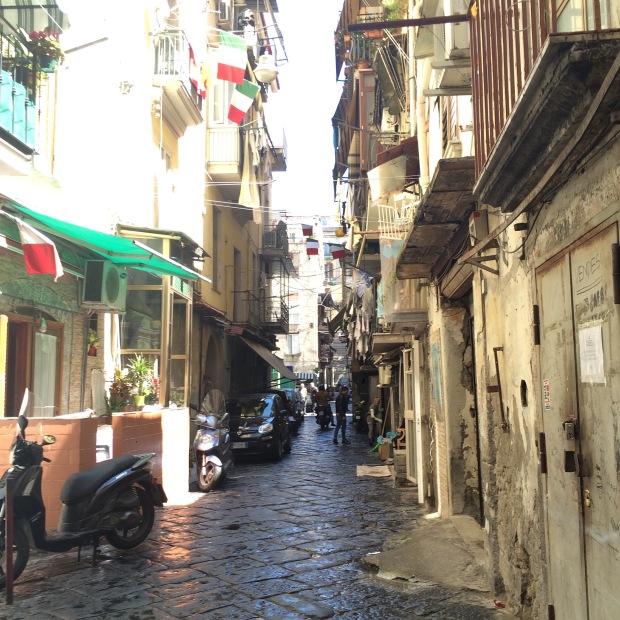 I will say that I do not have much right to talk about Napoli because I was there roughly less than 24 hours.

Napoli is more than chaos, more than dirty streets and suspicious looks. I am sure that there are amazing places here, I could feel it right below the surface. When I looked up and saw the amazing hills behind the city I knew there was much more than these dirty streets, much more to the messy Napoli that I first saw. But I did not have time to discover it.

I guess I could give Napoli another chance in the future… 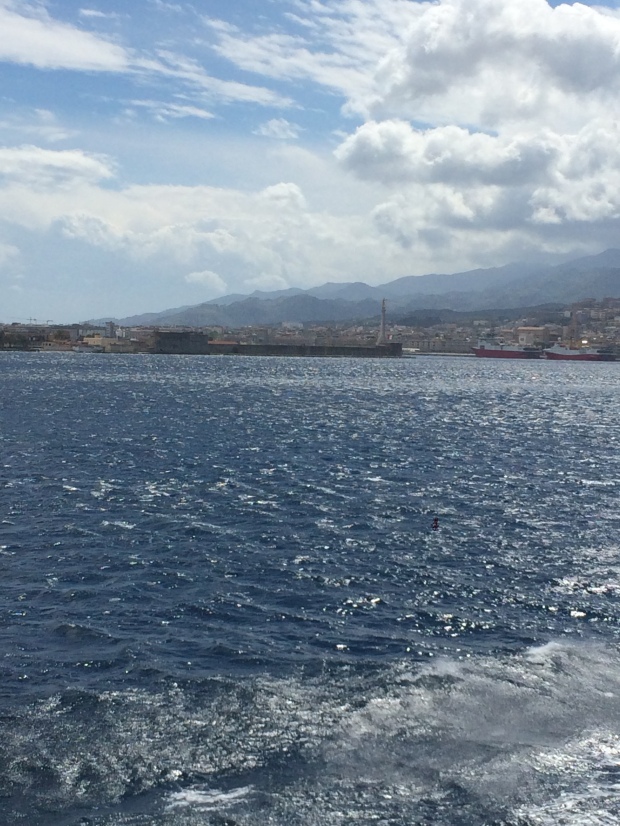 Sicily captivated me in a fraction of a second, as soon as I walked out of the train station at 7 PM last Sunday.

Sicily gives you that “island feeling” mixed with the medieval environment. This is a place to be proud of. Now I understand the sadness on the look of a man in the train that had to leave Sicily running away from the mafia.

Sicilia is much more of what I expected. Its surprising and beautiful and it seems to be a movie set in every corner.

Today I had the most moving experience I have ever had in a church. I am a fervent catholic but nowadays I rarely assist to mass. 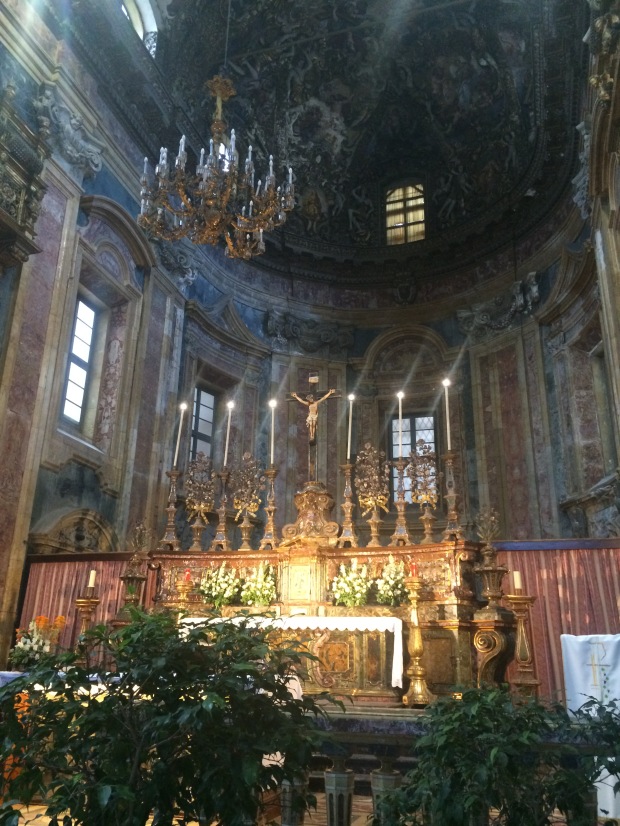 This morning I went for a quick walk and I decided to enter to a random church near the Quattro Canti corner. From the outside the building didn’t say much, but once you pass those huge metal doors… I entered one of the most sacred places I have ever been at. And I am saying this less than a week after visiting San Pietro Basilica in the Vatican.

I was amazed with this church from the first look. I noticed there was the mass going on and I didn’t want to be disrespectful so I quietly took some pictures and stayed away from the priest and the 10 people assisting to the mass. But something about the priest’s voice and the passion in it caught my attention. So I got closer.

I swear when I saw the priest I couldn’t hold my tears. This man was the image of Christ.

I never saw a priest with long hair and bear, and I thought this wasn’t allowed for some reason. But besides the looks, the way he moved, the way he spoke and the passion he put into this sacred ritual was unique. I never saw something like that and I assisted to many masses throughout my life. Including the general audience the Pope offers every Wednesday at San Pietro. 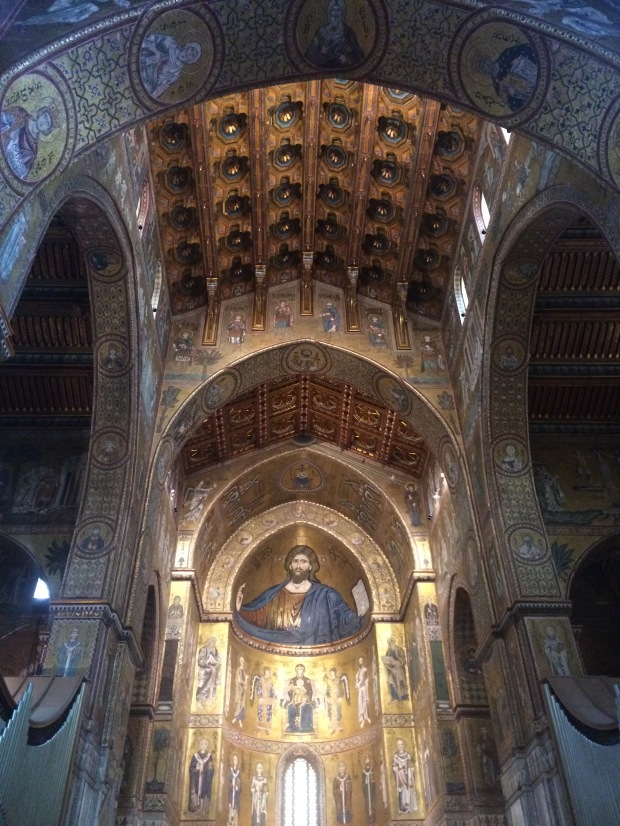 Nothing could compare to the devotion I experienced today.

If I ever go to a mass I never take the host, simply because I believe I should confess to the priest before. It is something my mom always reminded me of. And I am pretty reluctant to express my sins. However, I could not deny the opportunity to take the communion bread from this enigmatic man.

I was one of the last ones in line and when I approached him, he said “Il Corpo e la sangre de Cristo” (body and blood of Christ) and I just whispered “Amen”. Words couldn’t come out of my mouth. It was a sacred moment.

I was blessed again with one of those magic moments in travel.

I feel amazingly bless for being at that church at that time. For being in Sicily, in Italy. The place where my family came from. For seeing amazing things every single day, for eating this food that taste like no other. For being able to do what I love: travel. For being free of choosing how to live my life.

I am free. I just ask God to guide me into the right direction. And I have absolutely no doubt in my heart that He will keep doing that.

May His will be done.

One thought on “Seeing Italy from North to South”

This site uses Akismet to reduce spam. Learn how your comment data is processed.